Helping others benefits your own mental health

Many people within the agency and marketing sectors are facing a tough time due to the ongoing pandemic. To provide support, the ICA is interviewing a range of people at all levels within the industry who have overcome mental health challenges and built resiliency. The series is intended to remove the stigma around mental health where it exists, and to provide help where it’s needed through relatable stories and strategies. Here Jordan Friesen, Principal Consultant at Mindset Mental Health Strategy, talks to Phil Talledes, Senior Studio Artist at Juniper Park\TBWA, about how he adopted successful strategies including an emphasis on physical wellbeing and fitness to address mental health issues including stress and anxiety.

Phil Talledes began his career in advertising 16 years ago. He declares that he’s thriving, with the business providing him with many opportunities and experiences. He feels fortunate and happy in both his work and family life.

However, he openly says it wasn’t always this way. Talledes has faced some difficult personal and professional challenges along the way, including bereavement, that resulted in mental health issues.

Talledes explains how his father’s diagnosis with colon cancer four years ago led to detrimental changes in his own mental health and behaviour. He says that he carried with him a series of “what ifs?” relating to the year before the diagnosis, when his wife, a personal trainer, mentioned his father looking unwell but he didn’t act on this. Following his father’s subsequent death, Talledes says: “I carried that into my day-to-day at work.”.

This grief also coincided with an arduous time at work, with Talledes frustrated at an apparent lack of progress: “I was almost resentful towards my perceived limitations and not progressing the way I thought I should be. I was putting up walls and shutting off everyone around me. I started to question, do I need to change my environment, move on?”

A friend in the office sat down with Talledes and warned him that his negative energy was palpable, and it was obvious to others that he was unhappy. This prompted an in-depth conversation with his new boss, which became a positive turning point: “I was looking at my career at that time with a ‘me’, not a ‘we’, mindset. Change was a contributing factor to that – I don’t do well with sudden change.”

To an extent that issue is true of us all. Humans do pretty well with some level of change in their lives but then surprise is something that we continuously struggle with. Talledes was faced with a number of issues here, primarily guilt and resentment, which are common themes that can impact performance in the workplace. He adds: “With those around me, in the workplace and at home, I was very distant. I took a step back and realized I was becoming the type of person I don’t like being around, and I realized I needed to do what I could to change this because it wasn’t good for my mental health, my career, or my family.”

It’s one thing being sufficiently self-aware to realize there’s a problem, but another to take action and make a change. Phil soul-searched for how he could shift from being an individual contributor to a team contributor. What could he offer? He found the answer not in his work skills, but in his personal passion – physical fitness.

He created a new role for himself ‘Coach Phil’, as he set out to motivate his peers to acknowledge and improve their health and wellness. Phil started by joining the agency’s weekly staff all-staff meetings and posting weekly challenges on the agency’s intranet, Workplace. He led by example, filming himself and his family completing challenges, often TikTok-style for both inspiration and levity. It quickly caught on, and his agency mates would tag each other to pay the activity forward.

Meanwhile, the pandemic had just begun, and the epidemic of sedentary days quickly set in. Talledes’ wellness message was needed.  As ‘Coach Phil’, he champions the importance of movement while working from home – from standing, to walking, to working out. He’s created teams that serve as accountability buddies, and cheerleaders. “It’s allowed everyone participating to not only be more active, but also more social. Working from home, we miss that social interaction that was inherent to our office culture.”

The impact Phil has had on the wellness of his peers can be epitomized by a message a colleague shared on a recent all-agency video: “I love the encouragement from you Phil! I will continue to track myself and be accountable to this group. Thanks to this group I’ve increased my goals and I am meeting the new ones!”

Being “seen” is critical to mental health. So, in addition to the “Virtual Team Challenges” and “Wellness Wednesday’s”, Talledes created the podcast series, “Spotlight”, where he shines a light on the little-known talents and passions of people at the agency. “The beautiful result is that, in this moment of isolation, we are getting to know one another deeper than we did when we were in the office,” he beams.

Talledes says that stepping into the role of Coach Phil “has opened doors I didn’t think were possible and allowed me to establish relationships with people in the office who I had never even spoken with before. It’s created a healthy atmosphere, not just for myself but everyone involved.”

There are some important themes here. Not least the idea that through supporting others you can gain inherent benefits to your own wellbeing. And conversely, that sometimes, by continuing to focus on ourselves, we miss opportunities for growth.

Talledes admits that his newfound passion at work has also helped him to address lingering feelings around the death of his father: “The need to help others also stems from me not being able to help my Dad. I feel like if I can add some positivity and help somebody else improve their well-being then I’ve succeeded. My previous failure has become my current success.”

Talledes adds that he’s been fortunate in being able to spend more time with his wife and two sons during the past year: “Extended family time has really allowed me to be more grounded in my mental health, and really reconnect with them and become more resilient in dealing with stress.” Furthermore, his role teaching students at Centennial College in Toronto has also enabled him to give something back to young people who are starting out – a positive factor even when classes have been virtual during lockdowns.

He becomes emotional when considering a final thought, the advice he’d give to his former self 16-years ago when starting out in advertising: “There will be all these surprises that are out of your control, but at the end of the day, it’s all going to be OK. I have told several kids I teach, ‘it’s going to be OK’. I’ve faced insecurities, troubles, restrictions, and barriers but I’m good. I love where I am, I’m doing what I love. A friend and mentor of mine once told me ‘make sure you leave the industry better than you found it.’  I hope I can do just that.”

Jordan Friesen is a registered Occupational Therapist and Principal Consultant at Mindset Mental Health Strategy. He uses his skills as a consultant to assist organizations who want to take progressive action to support the mental health of their workforce as a competitive advantage and business imperative for the future of work. 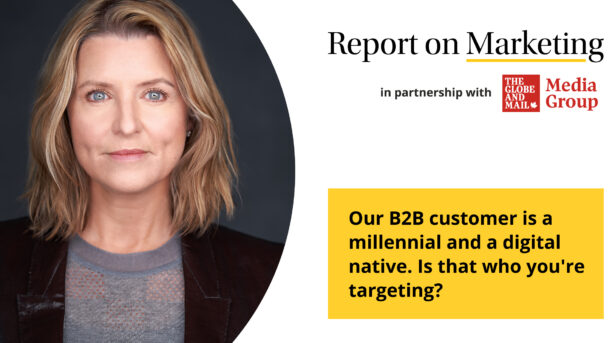 Your B2B customer is a millennial and a digital native. Is that who you're targeting? 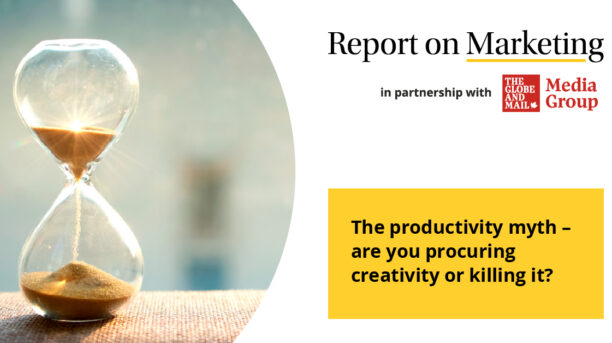 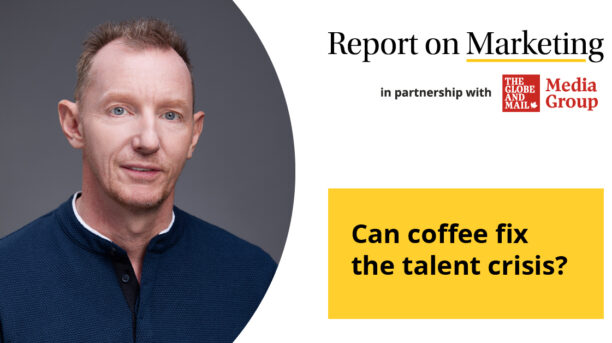