The End of Ads 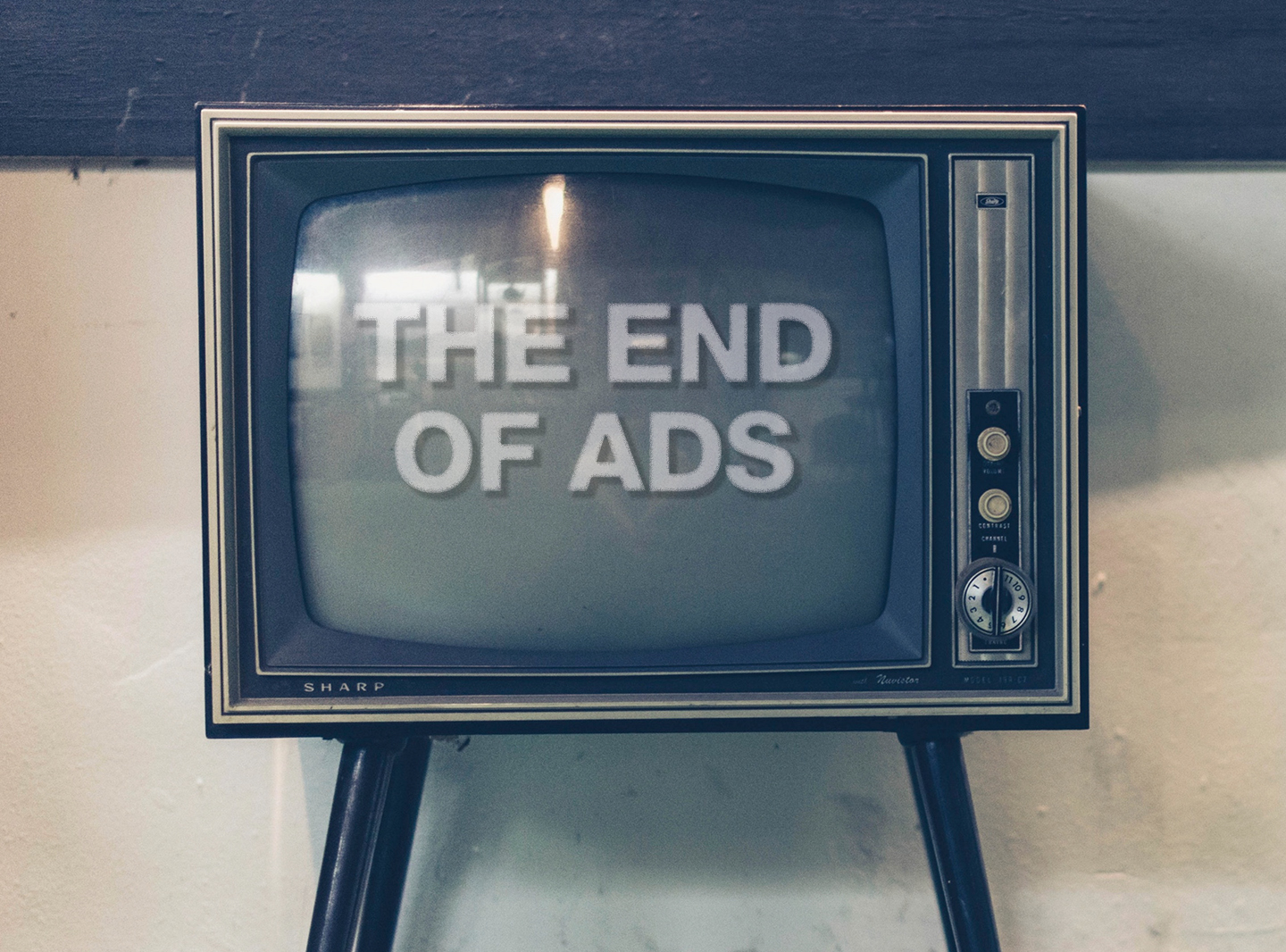 Advertising as we’ve known it may not be dead, but it’s certainly dying, and the ever-worsening vital signs are all around us.

Nielsen reports that since 2012, TV viewership amongst 18 to 24-year-olds has declined by 44 per cent. In the last decade newsstand sales of magazines have plummeted by over 50 per cent. Likewise, readership of print newspapers has dropped by 25 per cent in just the past four years.

And it’s not just the titans of decades past that are struggling, the new-old guard needs resuscitation as well. As of a year ago, there were 615 million devices blocking online ads, 62 per cent of those mobile.

If that’s what we know for sure, then here’s what we can reasonably – perhaps even conservatively – predict. These trends will continue.

Marketer estimates that by 2021, over 80 million Americans will have either cut their cable cords or never signed up in the first place. Desktop ad blocker usage is growing 17 per cent year over year.

More broadly speaking, what we’re seeing is the “Netflixification” of media both online and off. We are increasingly willing to pay for ad-free content consumption. We watch our TV and movies on Netflix, we listen to our music on Spotify, and we get our news from The Globe & Mail and the New York Times mobile apps.

And for younger generations like the much-coveted Millennials and Generation Z, they will have never known it to be otherwise. For these generations, traditional advertising – and we’ll include banner ads and the like here – is not only intrusive, but completely foreign. Consuming content ad-free is not a luxury, it’s an expectation.

As consumer expectations evolve, advertisers will need to move beyond a “pay to play” model that is too easily avoided or ignored. Instead of attempting to develop work that squeezes its way into every available media touchpoint, expect to see a shift towards brands making fewer, bigger bets in the hopes of creating something that transcends the din and gets noticed. This new standard will elevate the importance of using creativity to make brands more prominent, more liked, and more authentically engrained in modern culture.

Benjamin Franklin once advised to “either write something worth reading, or do something worth writing.” Sound advice, especially for today’s advertisers. Those that thrive will rise above simply making ads as we’ve come to know them.

And there’s a good chance they won’t look much like ads either, but rather more like the short films, memes, music videos, and top ten lists that already populate our Facebook newsfeeds. Make no mistake, Dove’s Real Beauty Sketches and Volvo’s The Epic Split were produced by marketers to sell products, but they snuck in the back door because they were so watchable.

Meanwhile, some of the best and most awarded advertising of recent years hasn’t been content at all. It’s been brands going out into the world and doing something so compelling that people can’t help but talk about it.

Looking at last year’s Cannes Lions Grand Prix winners – advertising’s cream of the crop – almost none of them were what anyone would consider ‘traditional’ advertising. Think of the world dominating Fearless Girl, wherein an investment firm placed a statue facing the famous Charging Bull in New York’s financial district. Or Meet Graham, the art installation created to promote road safety in Australia that not only became a #1 trending topic on Facebook and Twitter, but also helped reduce driving related fatalities by 15 per cent. Both are examples of brands that chose to do something worth writing about.